Home » Rent to Own Homes in North Carolina

Search within the city

Rent to own homes in Cary

Rent to own homes in Charlotte

Rent to own homes in Durham

Rent to own homes in Fayetteville

Rent to own homes in Greensboro

Rent to own homes in High Point

Rent to Own Homes in Raleigh

Rent to Own Homes in Wilmington

Rent to Own Homes in Winston-Salem

Rent to Own Homes in North Carolina

Bordered by the Atlantic Ocean on the eastern portion of the state and nestled by rolling hills and the Great Smoky Mountains on the western portion of the state, North Carolina is filled with beautiful scenery and a compelling landscape that makes the state phenomenal for most any lifestyle. But, the pristine beauty the state offers only begins to describe the appeal it has. Thriving industries, low cost-of-living, and a thriving agricultural sector are among the highlights of the state.

The state borders South Carolina, Tennessee, Virginia, and Georgia, which draws in more residents. More than 9.9 million people call North Carolina home, making it the 9th most popular U.S. state. Raleigh, the state capital, ranks as one of the 10 fastest-growing cities in the United States. 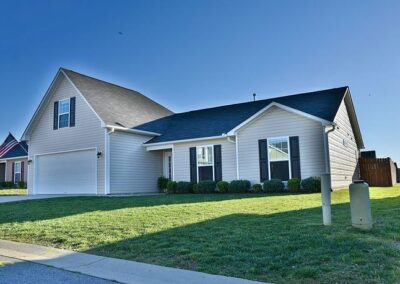 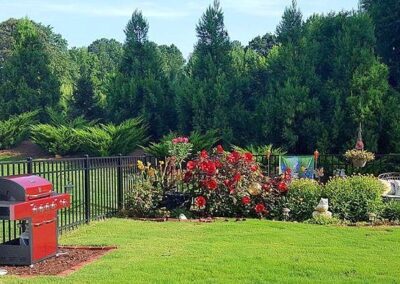 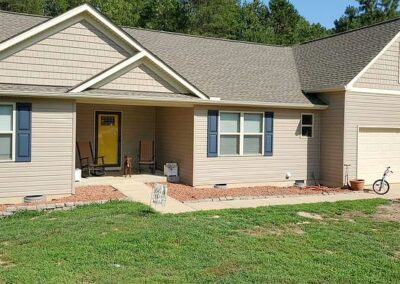 Buying a Home in North Carolina

In August 2015, more than 89,000 homes were sold in the state. This number reflects a 33% increase over the same period the prior year.

Towns like Washington, Beaufort, Fayetteville, Rocky Mount, and Fayetteville did not increase in home price but instead declined. Rocky Mount experienced the greatest home sales price drop, bringing the average sales price to an impressive $100,691.

Even the more expensive housing areas maintain affordable pricing. On the Outer Banks coastal area, the average sale price for a home is $353,851 while Asheville home costs an average of $286,444.

Wake Forest, Cary, Garner, Morrisville, Matthews, and Chapel Hill are a few favorite small cities in the Tar Heel state. Each city offers an affordable cost of living, low crime rates, great-paying jobs, great education, and a host of additional attractive amenities and entertainment options for all walks of life. Each city also has ample recreation, parks, and outdoor activities. Healthcare in each popular neighborhood also has access to phenomenal health care institutions.

If you’re a city dweller, consider Greensboro. Filled with modern flair and plenty of history, Greensboro. There are other attractive areas for people searching for a home in the city. In Charlotte, the Arts District downtown is widely popular. Raleigh offers a big city living in a close-knit community, particularly in the Stonehenge neighborhood.

Rent-to-own reduces the headaches buyers go through during the traditional home-buying process. The benefits are especially great since buyers lock in the sales price at today’s rate and reduce worry about fluctuating home prices. People with less-than-perfect credit also benefit greatly from the rent-to-own process, since it gives them time to build up their credit and save money for the down payment. North Carolina rent rates are lower than the national average but more expensive than a rent to own or lease option.

Cost of Living in North Carolina

Forbes magazine named Durham-Chapel Hill one of the cheapest cities in America to live in. NerdWallet named Morrisville, Apex, and Stallings as top locations for affordability for young families. Although home prices in these areas are slightly higher than the national average, the balance of healthcare, jobs, safety, and other amenities balance out the extra expense.

What is Renting to Own?

Rent-to-own provides a tenant with the opportunity to buy the home they are renting at a later date after entering a rent-to-own agreement. It is an alternative way to buy a home that could very well be the right direction toward homeownership for many people. Each month, tenants pay a rental rate and a premium rate to their landlord. The premium rate is put toward the down payment for the eventual purchase of the home. You can buy the house at the end of the contract, usually within three years.

What Costs are Associated with Renting to Own?

A rent-to-own lease is much different from a rental lease agreement or a traditional home buyers agreement. The renter pays a one-time fee known as an option consideration that secures the ability to buy the home in the future. The option consideration is about 3% of the home’s purchase price. The tenant pays the landlord each month.

Although rent-to-own is a non-traditional way to buy a home, it is not a bad alternative. Many people benefit from the rent-to-own option and this may be true for you as well. People who may not qualify for a traditional mortgage, those who need to move into their home today, and people who need time to save money for their down payment often flourish under a rent-to-own contract agreement.

Rent-to-own offers an alternative means to homeownership. Many rent-to-own homes in NC North offer more people the opportunity to own their home, even if hardships threaten to stand in the way. With a plethora of amenities offered to North Carolina residents, there’s every reason in the world to learn more about rent-to-own and life in the great southern state.